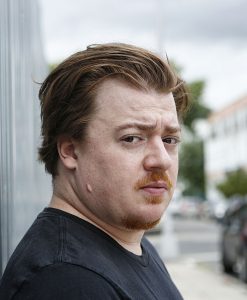 Danny Tamberelli is a comedian, writer, actor and musician – a quadruple threat. Danny’s not new to the scene; he started his career over 25 years ago on the enormously popular Nickelodeon show “The Adventures of Pete & Pete” where he played the younger, but larger than life brother, “Little Pete”. He also starred in the programs “Figure It Out” and “All That”, the latter for which he was credited as a sketch writer in his last year on the show. He has worked with comedians such as Janeane Garofalo, Chris Elliott, Paget Brewster, Colin Hanks, Doug Benson, Matt Braunger and Paul F. Tompkins.

On top of all that, you can also catch Danny and his TV brother from his Nickelodeon days, Michael C. Maronna, on the Last Podcast Network podcast, The Adventures of Danny and Mike.