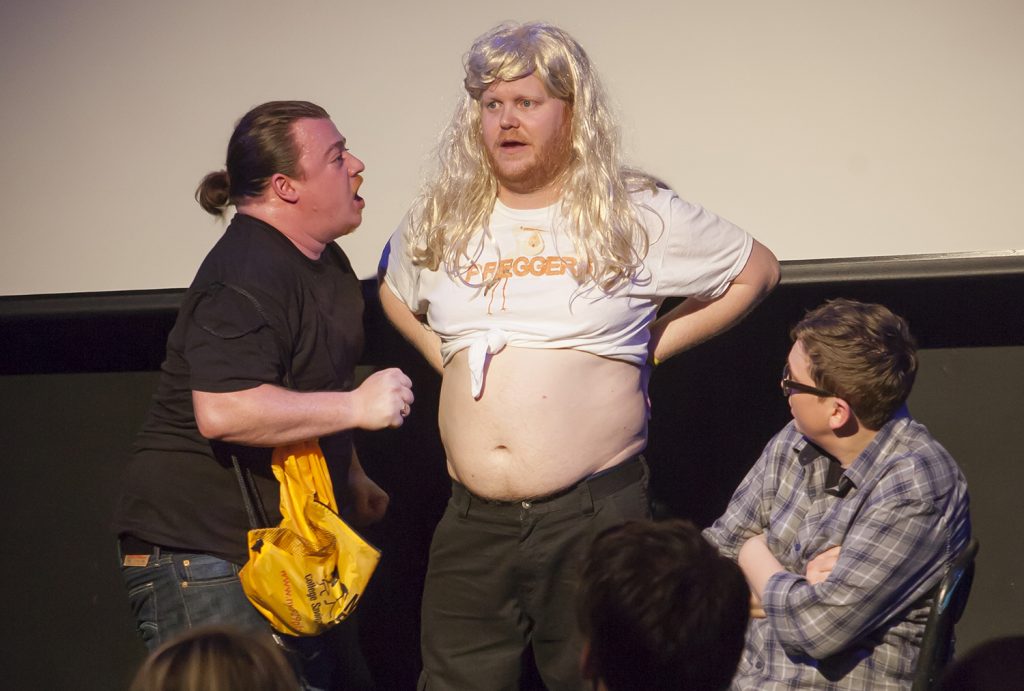 ManBoobs Comedy is the sketch comedy brainchild of Danny Tamberelli (“The Adventures of Pete & Pete”, “All That”, “GTA V”), Jeremy L. Balon and Brendan O’Rourke. Born from an undying mutual love of sketch comedy, the guys began writing together in 2007 and have amassed a collection of both self produced and professionally produced online content, as well as a respectable following. Their videos have been featured on VH1, College Humor, Jest and Funny or Die. In addition to these monthly offerings, the guys have performed sold out shows at SF Sketchfest (2014/2015), The Meltdown w/Jonah & Kumail, Hot Tub w/Kurt & Kristen, NY Comic Con (2014) and The Macaulay Culkin Show. The guys perform regularly in NYC. (@manboobscomedy)